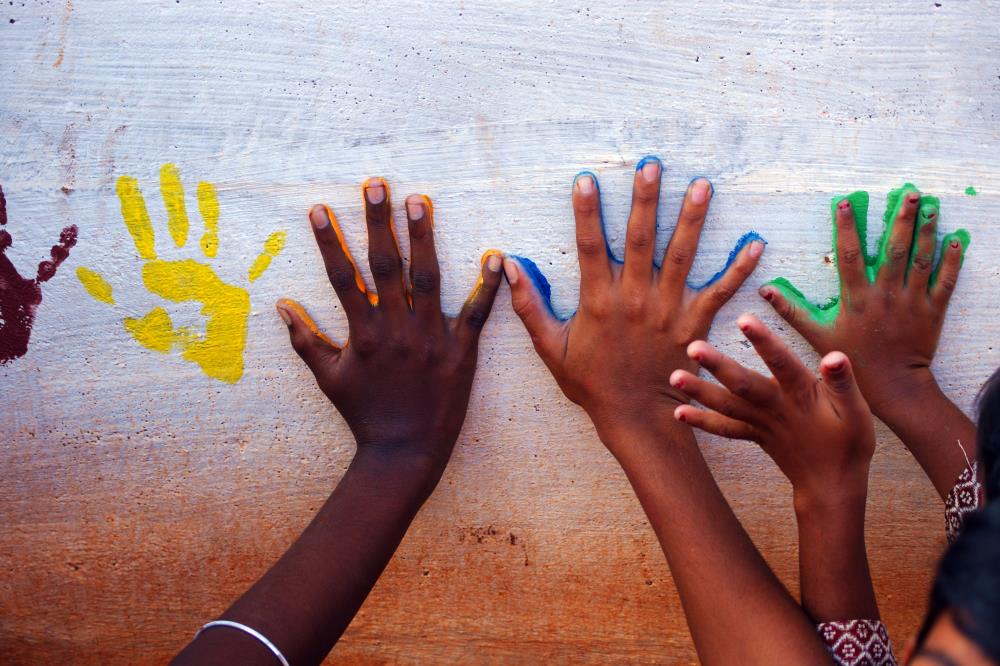 Thamarai projects are a bridge between Auroville and the neighboring villages. It supports the growth of the villagers potential through our informal education programs in areas of health, healing and enviroment.

Thamarai started in 2006 with the aim to create a dynamic bridge to build inter cultural understanding and mutual respect  between Auroville and the neighboring village of Edayanchavadi. We are a unit under Auroville Village Action Trust. In the beginning 2 years, Thamarai  – which was centrally located in a traditional Tamil house in Edayanchavadi – served mostly children through its after school program and play group for pre-school children. Programs were also offered for women and youth. In 2008 a new project started under Thamarai – a healing center which operates from its own premises directly opposite the main temple. The healing center enabled an expansion of activities to support the integral health and well being of villagers and services are offered by a range of volunteers from Auroville.

In 2013, we relinquished the house and shifted the activities so that today, the after school program runs from the healing center premises and the playgroup found a home in Udavi premises.

Over the last few years, Thamarai has also welcomed Udhayam – a similar project based in Kottakarai colony and New Colours , an after school program which also offers after school activities to children in Edayanchavadi as sub units under Thamarai. Most recently Sankalpa Art journey project also became a sub unit. All projects under Thamarai have a  common aim to build bridges with the surrounding villages through inter-cultural learning activities.

Thamarai is a living experiment that fosters a harmonious relationship and healthy co-development between the village of Edayanchavadi and Auroville. Our mission is to build relationships and bridges of understanding between Auroville and our neighboring village.

Bridget Horkan and Kathy Walkling were co-founders of Thamarai and continue to oversee operations. Muthu Kumari is responsible day to day running of the healing centre. The after school programs and playgroup both have a mixed team of Aurovilians and local villagers who deliver services. Volunteers regularly join our programs, especially in the healing centre and after school program.

As for the other projects who are sub units under Thamarai, the following people take overall responsibility (and can be contacted for volunteers)

Healing Therapist for local people
at Thamarai Learning & Cultural Centre
Daily tasks: Giving treatments to the local villagers, teaching about health in the Goverment school, update and classify the documentation.